Our Story - Learn More About Us

Who Is Behind TORQUE Detail?

TORQUE Detail is a family business, started in 2012 by Frank Mitchell. Frank is a car enthusiast and former professional detailer.

Frank got his first taste of automobiles at the age of 16. He bought his first Corvette from a neighborhood friend who was selling his car. Frank bought the car for less than $1000, spent a month fixing it up, and sold it for $2000.

From then he was hooked. He began "flipping" cars by finding distressed vehicles around town, making engine repairs and repainting the body and reselling for a profit.

By the age of 27, Frank opened up a professional detailing business, which he ran for over 30 years. At it's height, Frank employed a staff of 5 detailers.

Since he wound down his detailing business in 2009, Frank has been manufacturing small-batch automotive chemicals and creating his own formulations to maintain his classic car collection with premium detailing products.

Frank's two sons, Diego & Christoper, are also heavily involved with the business. Diego is Head of Digital Marketing and Christoper is Head of Sales & Business Development.

A Man of Few Words: Any Questions? Shoot me email at "frank@torquedetail.com". Hear what these happy drivers have to say and check out their shiny rides! 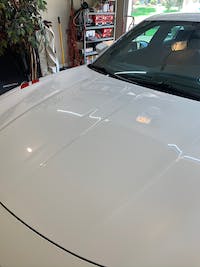 My detail shop wanted $900 to wash, clay bar, wax and place ceramic shield on my car. Well I declined the offer later that day I was on my computer and an advertisement came up on the screen for Torque Detail. I read the article and Went to your site and ordered your Ceramic Shine, Torque Detail and Mirror Shine. I went to Autozone and purchased mother’s Clay Kit and rolled my sleeves up. I washed the car making sure it was super clean. Then I clayed the car. I then applied the Ceramic Shine and immediately had a “wow” effect. I’ve been dealing in classic cars for 40 years and have never seen a product like this. The car is white and I backed the car out of the garage and it was blinding in the sunlight and the car looked wet. I took photos of the car but a white car in the direct sunlight doesn’t show well. So I pulled the car back in the garage and took photos again. The car looks wet all the time. Shortly after I had to attend a funeral 300 miles away and was caught in two rain storms. One doing and one coming. When I made it home is was amazed to see no water spots and the car was still beautiful and looking wet. The next day I took a micro fiber rag and your Torque Detail and what did stick to the car, which was very little was so easily wiped off and the car looked it was just waxed looked like it did when I first completed the work. I would strongly recommend these products to any one . In 40 years I have used them all and your products are absolutely the best. 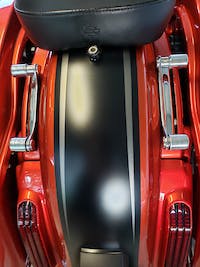 Mirror shine was very easy to apply was done in about 20 minutes. The shine was incredible, i was kind of worried that my Matte finish would be to shiny but as you can see it just gave it a sheen and everything else was a Mirror Shine. I got caught in the rain the very next day and to my amazement my bike was not dirty, like nothing stuck to it, just a quick wipe down and i was down. I am very satisfied with this product.

I had just received my order of Torque Mirror Shine and was in the process of applying it when a plastic barricade fell against the car!! The plastic left some awful mar marks and white lines! To my surprise the area with mirror shine needed only a light compounding and buffing while the area that was not yet treated took me over an hour of careful compounding!! Amazing how much protection it gave my paint!!! Its my new favorite product!! 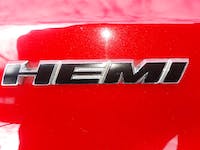 I've tried allot of the spray waxes even one with ceramic and hadn't been satisfied with the results. Nothing I've used before even compares to the finish i got with torque. You can literally see the difference as well as feel it!
Thank You Torque,
James Ferrell

1 coat with Torque, this product is amazing when it's full sun it's so shiny it looks "WET' 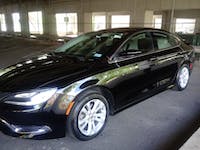 Awesome Products and Customer Service. I got the mirror shine, two coats, and the Silica Spray on Top.... It is blinding in the sun. I'm a believer and a customer for life! Can't wait to take some better pics.

Just my first bottle of mirror shine in the mail today. Couldn't wait to put it on my 2019 ram 1500. Cant wait to see how it performs. Applying it was easy. Everything buffed out perfectly. I was suprised how well I could see myself in my truck. It looks better than the day I bought it. 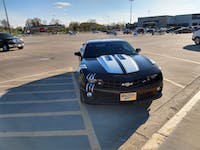 I love the way it shined my car! Will not apply any other wax to my ceramic coating.. This is it! Thanks Frank! 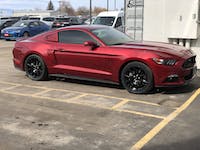 The product went on smooth and easy just like you said it would. I washed the car first and clay barred it to remove contaminates. It made my Mustang look as good as I hoped it would! Thank you Torque Detail! 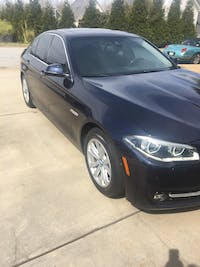 I been Detailing Vehicles for 50 Years mainly my own but I started my business three years ago and do a average of 150+ vehicles a year.
I’ve used various wax’s and ceramic base products but nothing I’ve used can compare to the superior shine and ease of use like Mirror Shine
It truly is easy to apply and easy to remove and really gives you that WOW factor we detailers all look for.
I truly recommend Mirror Shine by Tourque Detail.
Terry Schofield

Went on easy. I have a small hand polisher which I made a bonnet out of a nice microfiber cloth. Worked great! 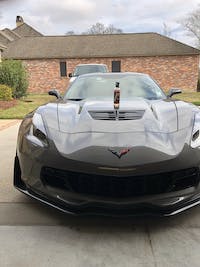 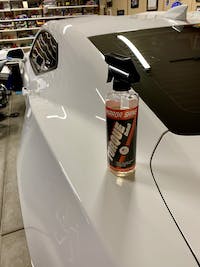 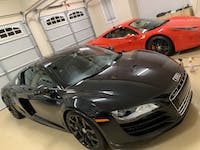 Goes on easy. The more you buff it, the more shine you get out of it. I'm a fan!